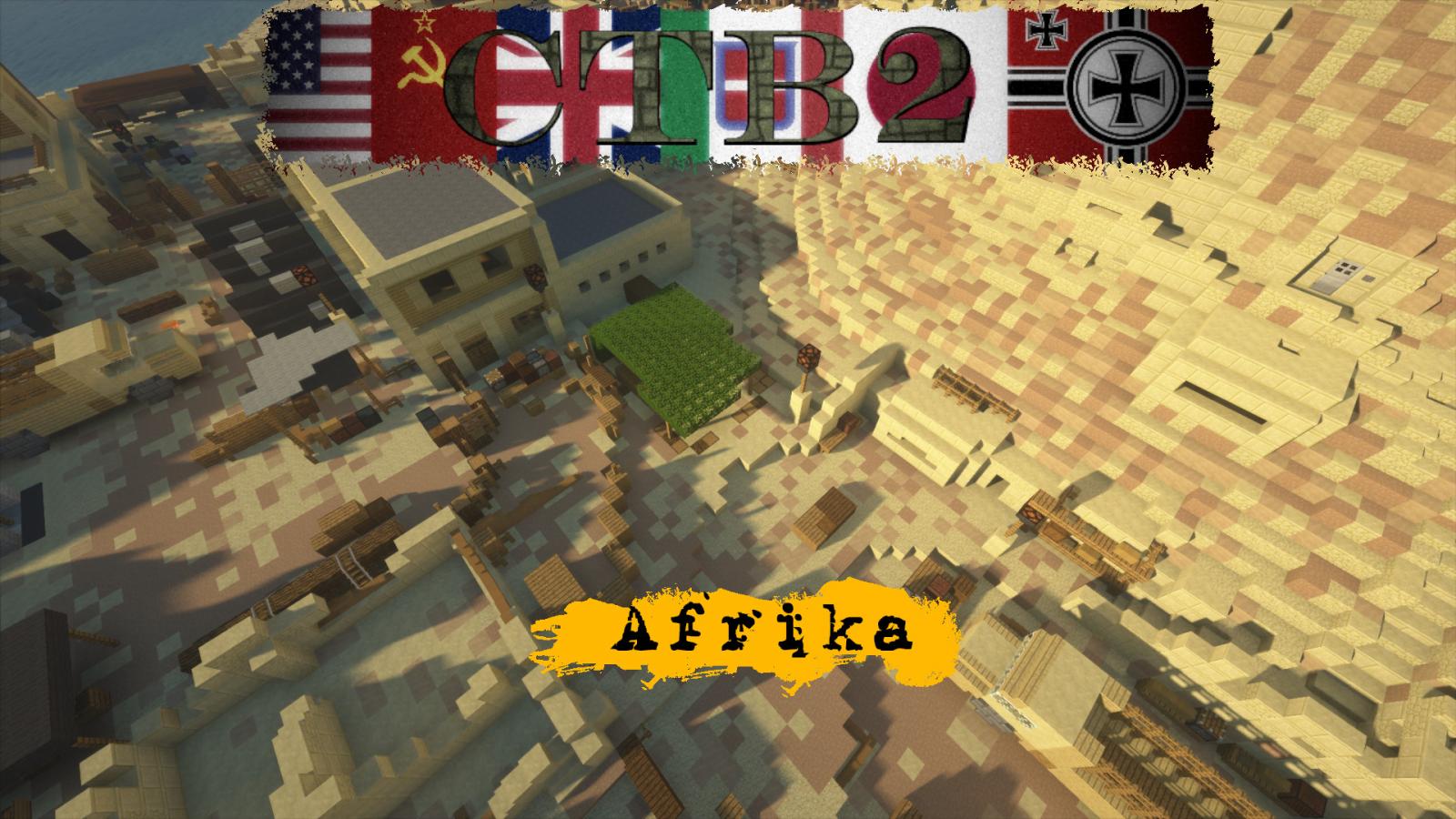 Welcome to version 5.5 of Call to Battle 2, introducing you to the new frontier: Africa

With war raging in the Western and Eastern frontiers, the African campaign is often underlooked and less well known than other battles in World War 2. To deliver you the arid desert combat in Africa, this blog will briefly showcase the new African maps and uniforms. Please note that there are tons of other new changes, weapons, map/weapon balancing, and a new secret faction in this update and they will be showcased in separate respective blog posts.

Uniforms:
If you are going to fight in the deserts of Africa, two things should concern you: camouflage to blend in well with the sand and tropical deserts and heat dissipation. 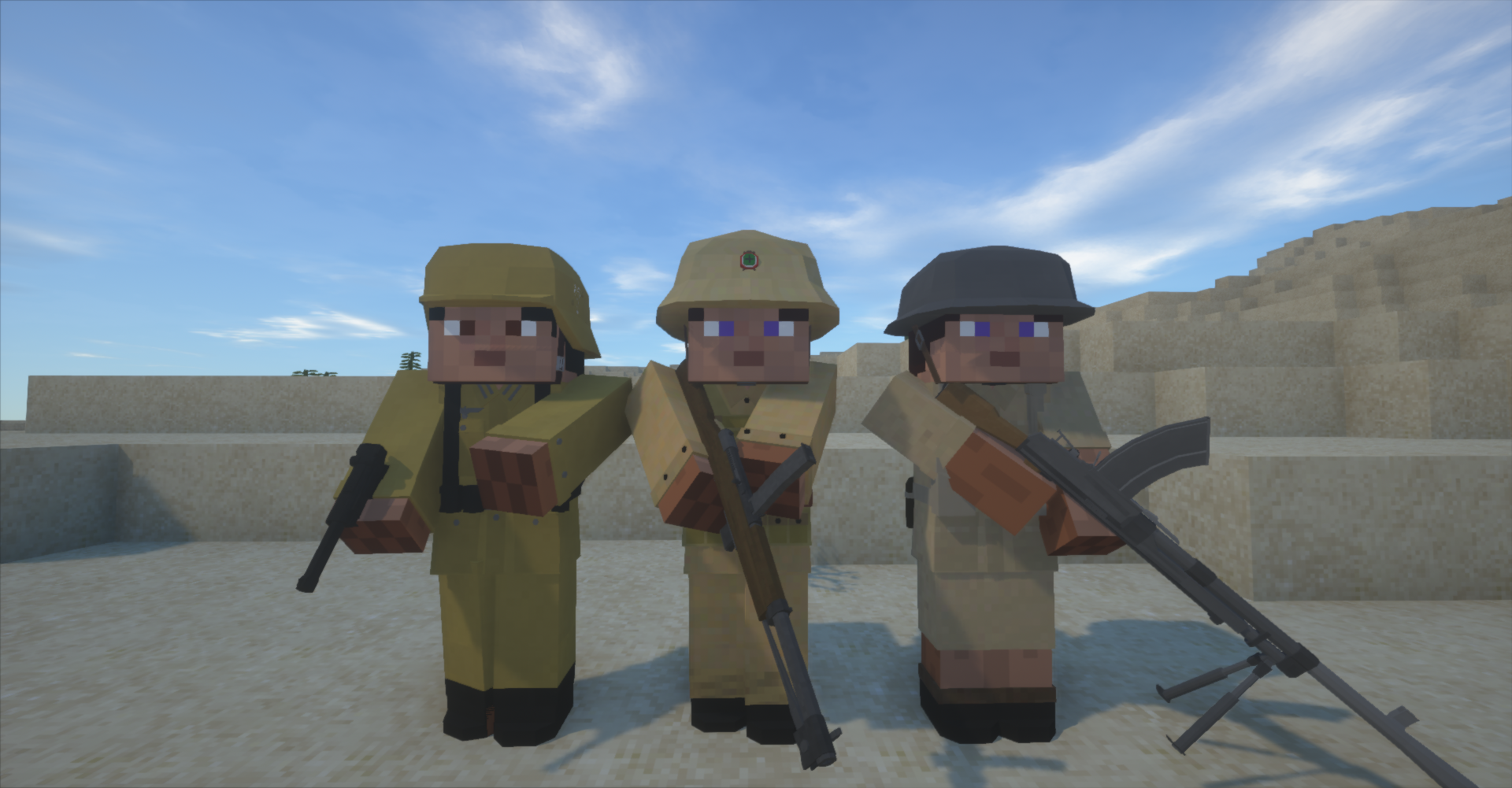 Maps:
Unlike many maps that you have played before, there are no maps featuring arid desert as a battlefield. This update brings a new feel of combat as you will be fighting across the African continent featuring both open-field trenched deserts as well as sandy urban maps in close quarters.

Fought during 3 Jan – 5 Jan 1941, Bardia features a large supply base owned by the Italians. The Allies must conquer to stop the Axis forces to use this as a staging ground to boost their expansion of Northern Africa. The Map features complete urban combat where you will be required to perform your CQB tactics and situation handling as you clear out buildings and tight trenches well fortified by the Italian troops. 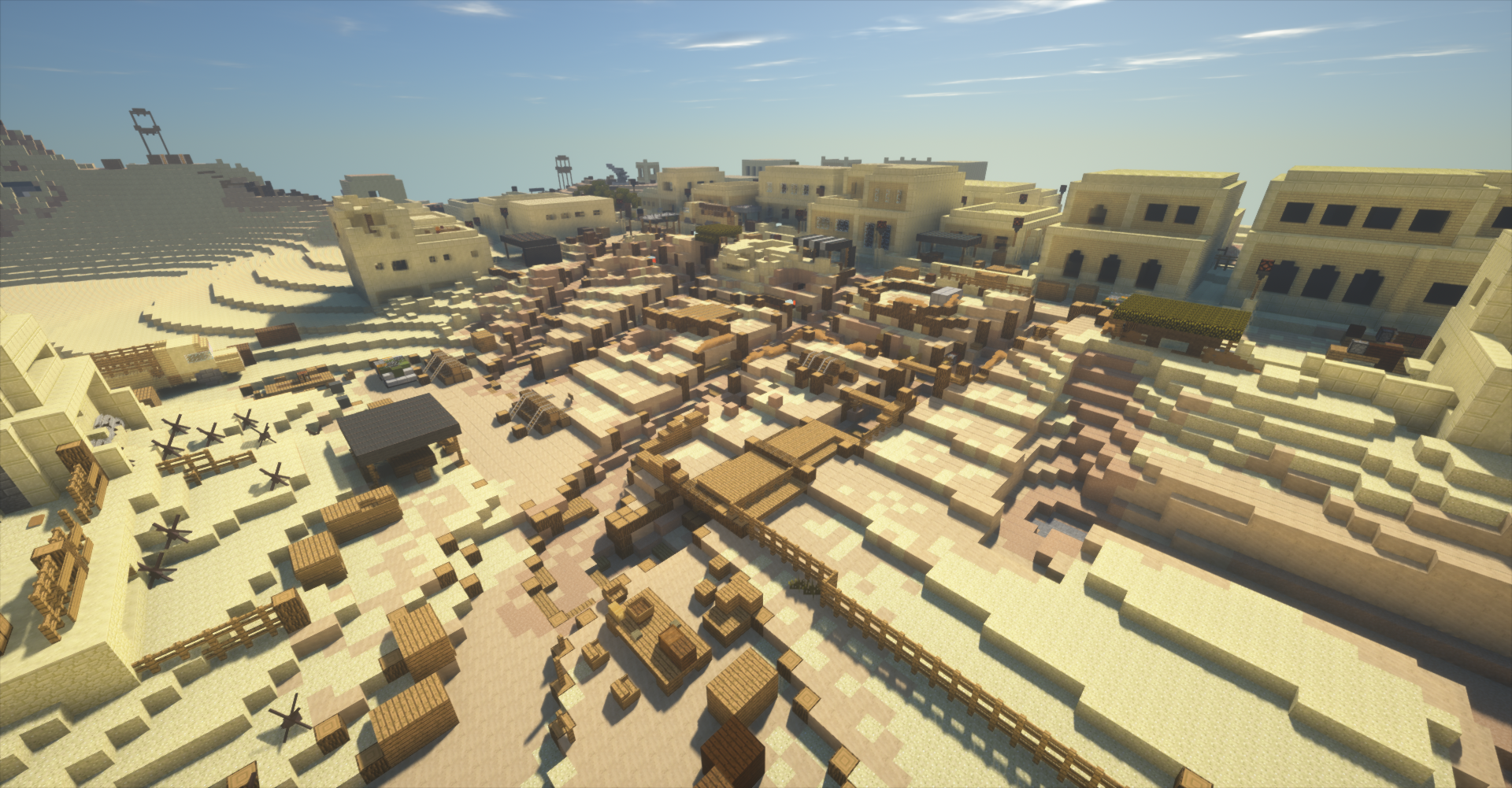 Fought during 19 Feb – 25 Feb 1943, Kasserine Pass is a 3 lane map fortified with trenches in the frontline followed by series of destroyed town remnants. Expect yourself to be involved in close-quarter battles as well as long-range combat to even out your odds against the enemy. 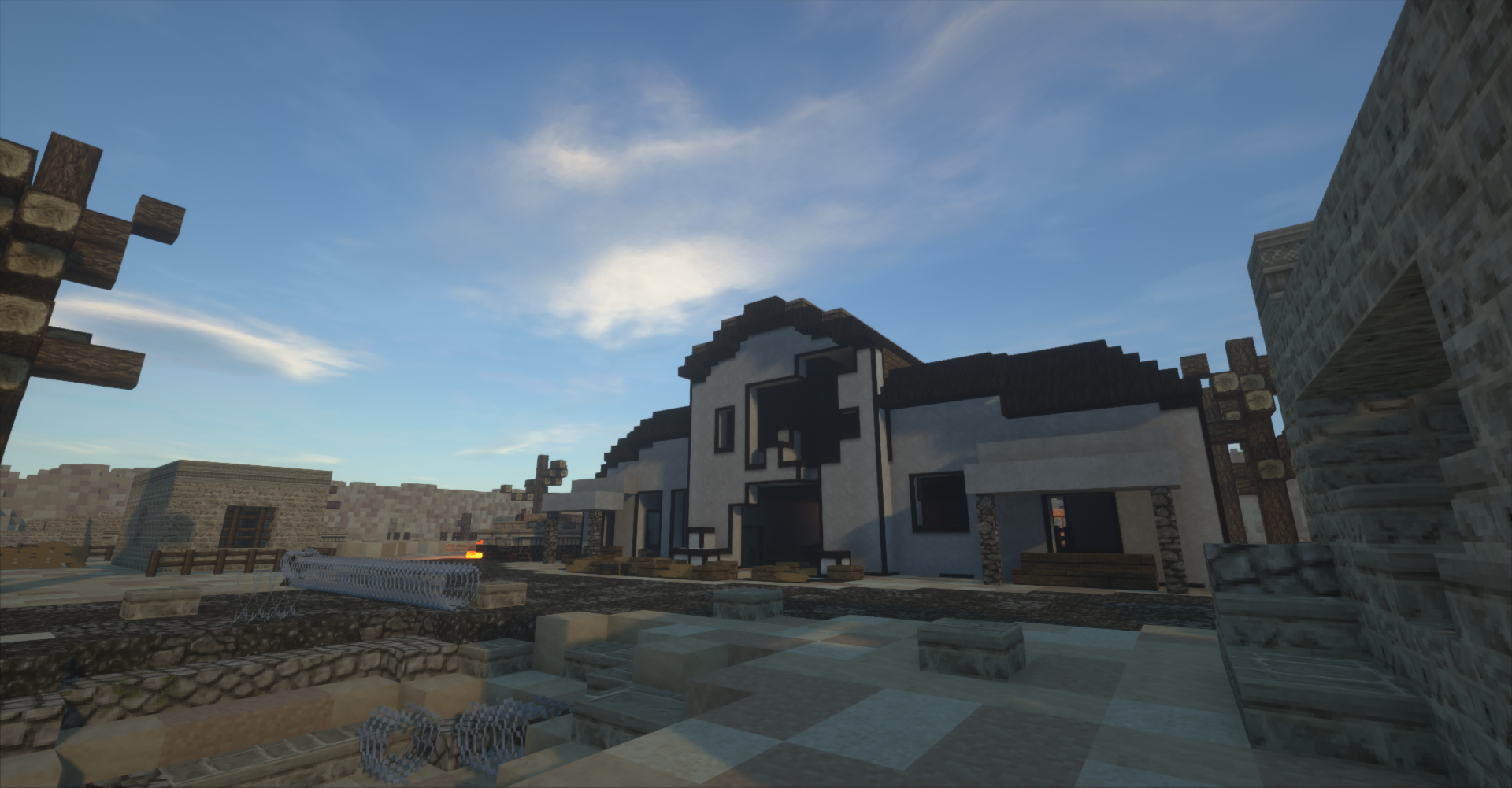 Fought ‎23 October – 11 November 1942 is a renowned campaign led by the British to valiantly fight the Axis forces. Similar to Kasserine Pass you will find yourself using appropriate CQB tactics when fighting in the town while using bolt action rifles while exchanging fire with your foes at quite a distance. Map made by the CTB build team

Along with the content update, efforts have been made to make some changes to the gaming experience to make the battle more immersive.

After the major weapons rebalancing that was in place in version 5.3, extra efforts have been made in order to balance out bolt action rifles to give the caliber and the bullets used in these rifles to actually serve a purpose. It is common knowledge that the larger the bullet diameter is, the bigger the impact it will give; the longer the bullet is, the longer the range of the bullet; the sharper the bullet tip is; the more deadly the bullet becomes upon penetration. Henceforth the new update incorporates this knowledge and facts and rebalanced the bolt action rifles by making their recoil, damage, and range reflect the caliber they use.

For instance, the Lee Enfield Rifles uses the .303 British rounds, hence when firing that rifle you will have a larger recoil to compensate while enjoying increased damage against your enemies. And vice versa if you were to use a lower caliber .22 LR bolt action rifle, you will have an easier time to compensate for the recoil shock in exchange for loss in damage and range.

Since we focused a lot more on weapon balancing and adding new features, we have neglected the importance of sound and how gravely they affect user experience during gameplay. When calling in off-grid support such as Bombing Runs and Artillery rounds, you will hear a lot more accurate sound effects, including the sound of bomb dropping, or the payload ripping through the air as it reaches terminal velocity. These new sound effects will make your gameplay way more immersive and portray how scary the sound of war is.

So far your player model in CTB must have been Captain America or some extreme Body Builder that makes Arnold Schwarzenegger look like your pinky finger. The reason is when you shoot your guns, the recoil exerted by the energy dissipated not only contributes to muzzle climb and shake (which is the only thing your player needs to adjust to before this update), but also the aftershock transferred by the energy dissipated from the gun's recoil to your body itself, causing visual disorientation after firing a bullet. To portray this we have added screen shaking when shooting your guns to make it a lot more realistic and physically accurate. Such visual effect is felt more during sustained firing in full-auto, such as shooting your submachine guns or full-auto rifles more than in single individual shots; now your player needs to compensate for both visual vertical and horizontal recoil, as well as adjustment to screen shaking caused by prolonged firing. Therefore, you are further encouraged to use single shots or short burst rounds when engaging a medium to long-range target, otherwise, you will easily lose track of your prey and waste most of your bullets.

This aftershock also applies when there are nearby explosions including grenade explosions and artillery strikes; thus adding suppression effect during combat. Use this knowledge as a fireteam leader to effectively suppress your enemies even more by using off-grid supports and explosives.

All the information above will be confined and laid out in a changelog as a separate blog post.