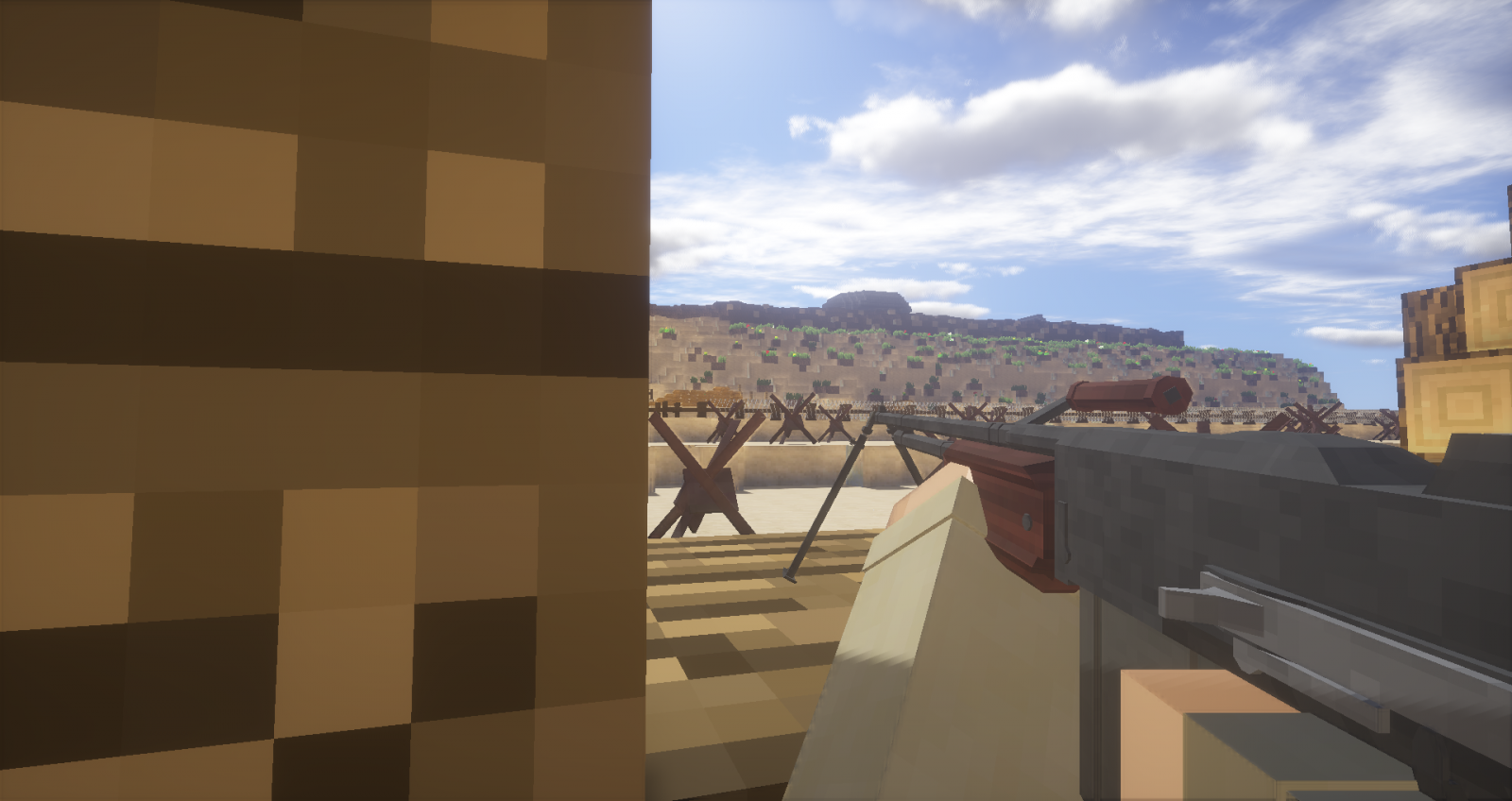 After experiencing the BAR's stunning new model last update, we couldn't help but feel disappointment as we had to ditch it to stand a chance against the enemy. With only 20 rounds, high recoil, and a long reload the BAR was easily the worst LMG in the game. Until now!

(Note: None of these changes are in the current version of CtB. They are being released alongside the Italian update)

Despite their low capacity, the other 20 round LMGs(Lahti and the ZBs) are still viable weapons in CtB. Fast reloads and low recoil helped make them solid support weapons. Not quite as capable as sustained fire as their enemy's DP-28, but still did the job. The BAR didn't have either of these advantages, and to make things worse the German Support class is armed with 50-round MG-34s at the start.

Our solution? The first change we made was decrease the reload time. The previous animation felt like the player is just taking his time, slowly taking the mag out and slowly putting a new one in. The new animation has the player waste no time, he pulls the mag out and quickly loads in a fresh one. In about 2 seconds, you are ready to lay down some more supporting fire!

Our next solution was to make the "Reduced Auto" fire mode more useful.(X to change fire mode) Despite being a lower fire rate, it didn't feel anymore controllable. We've increased the ability to control the BAR in reduced auto, which will make the reduced auto mode very useful for taking out targets at farther range.(Something that the MG-34 has a bit more difficulty doing because of it's fire rate and recoil). Due to the lower fire rate reduced auto of course also makes the mag deplete slower, allowing you to provide supporting fire longer.(At the cost of slightly longer TTK)

Once the next update hits, we encourage you to give the BAR another try!