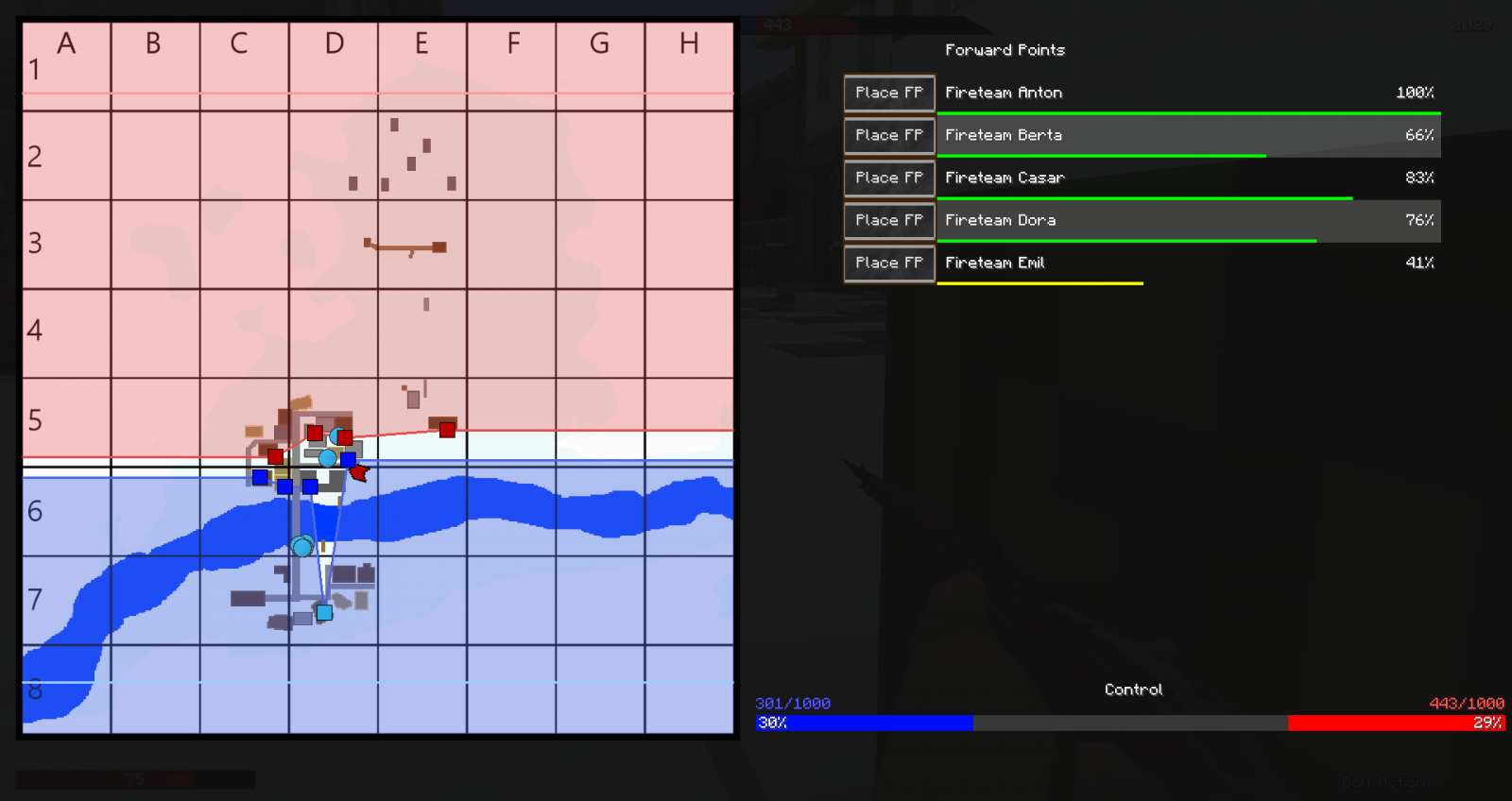 At long last, there is a new gamemode, Frontline!

We came up with this new gamemode idea when trying to figure out how to utilize more of each map, especially bigger ones like Stalingrad. While Stalingrad is not "Frontline" yet because it needs some more building interiors and other structures, it will be soon. Other maps are being released with Frontline now in the new 5.8 update.

Instead of a fixed amount of bases, the battle lines change throughout the course of the battle through the use of "Forward Points". Each squad has a forward point, and they can place it anywhere. Which means, anywhere can be a base! Every inch of the battle can matter, it's up to you to decide which parts do.

This also means each battle on a Frontline map will be a unique experience!

A new avenue for Airborne

Airborne will finally see more use in CtB with Frontline, as certain maps will also allow you to choose Paratrooper/Fallschirmjager alongside regular troops. Forward Points are more than just bases that represent control of map, they are spawnpoints too.

How do you "capture" Forward Points?

Forward points aren't actually captured, they are destroyed! It'll take around 4 satchel charges, or 6 grenades to destroy them. There can be a maximum of 5 forward points.

How does your team win?

Your team wins once you get to 1000 points. The more of the map you control, the more points you'll get.

Every enemy soldier defeated adds to your score as well, to a lesser extent.

We look forward to playing Frontline with you!