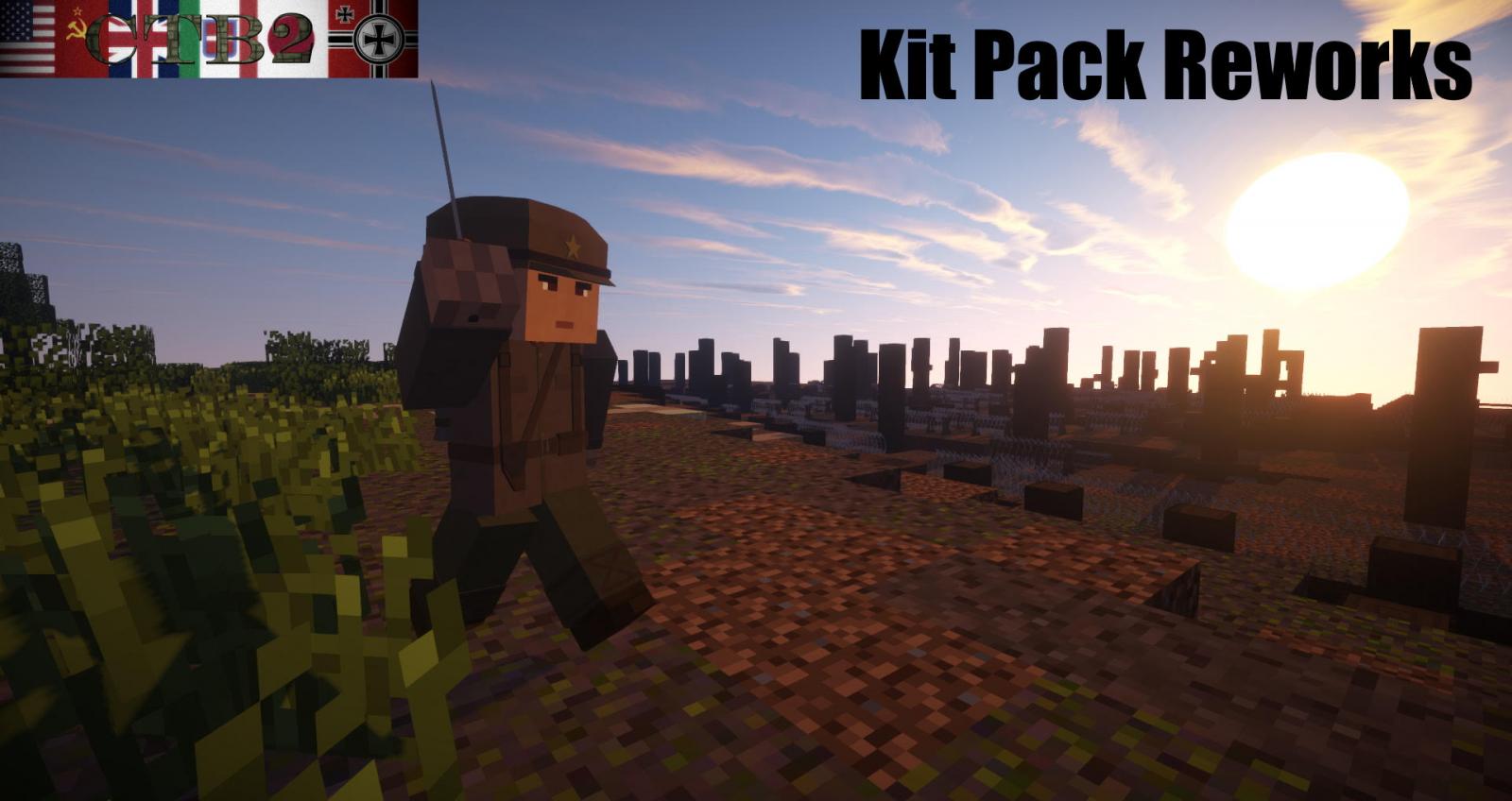 Hello everyone! As you know CTB has been in a continual ongoing remodeling process to truly bring every weapon to our quality standards, which is the finished state of CtB. The eventual goal with all these "Remodels" is to make guns look much better and improve CTBs overall visuals. With 5.8, Japan will have the bulk of the weapon remodels but there will also be all sorts of new and improved uniforms for various nations as well!

We are especially are revisiting some old kits that never received unique uniforms, such as the ww1 kits and elite heroes. (These kits were released as a last-ditch effort to save CtB, and as you know they succeeded because CtB is still around today!)

Beginning with Japan, being the fairly major nation that they were in World War 2, it felt appropriate to give them the bulk of the new uniforms in their related kits/kit packs. Starting with their Naval Infantry uniform which was previously a fairly ugly brown color now turned into an Olive Green color as per my primary reference image here. 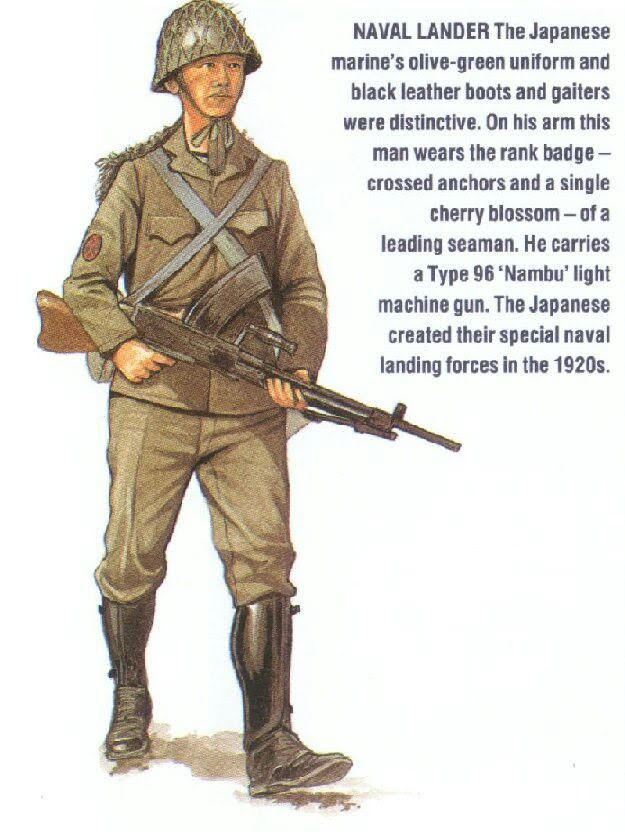 The resulting uniform is much more visually appealing in my opinion but I'll leave that to you to decide. His uniform has two bags slung over each shoulder and a set of gear on his back. 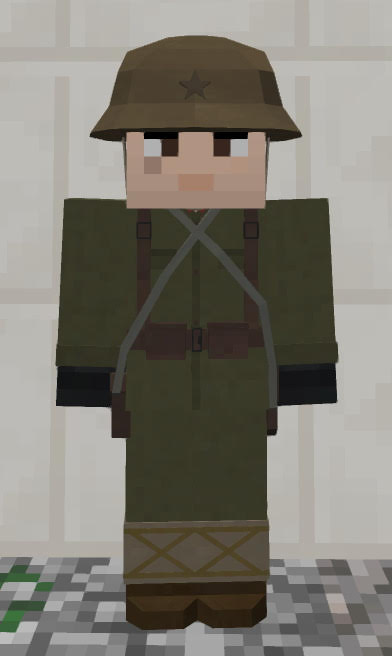 Next up is one of my personal favorite uniforms ^_^ This one being based on a First World War Era Japanese Soldier. 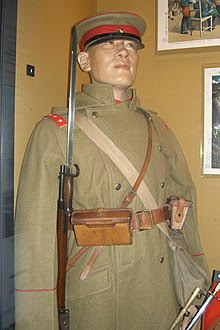 Japan actually fought on the same side as the Entente during that war and took several German colonial holdings in the Pacific, as well as sending an expeditionary force into Russia during the Russian Civil War in 1918. Said expedition was on my mind making this uniform, hence the coat. 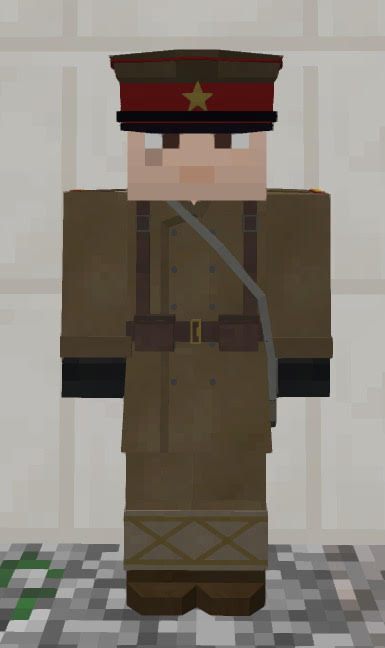 The last uniform for Japan was honestly a bit difficult to decide on. Finding a unique appearance for Japanese Uniforms was surprisingly difficult as a lot of brown colors are involved. I eventually came across this reference image, the one I chose for the main inspiration is on the far right. 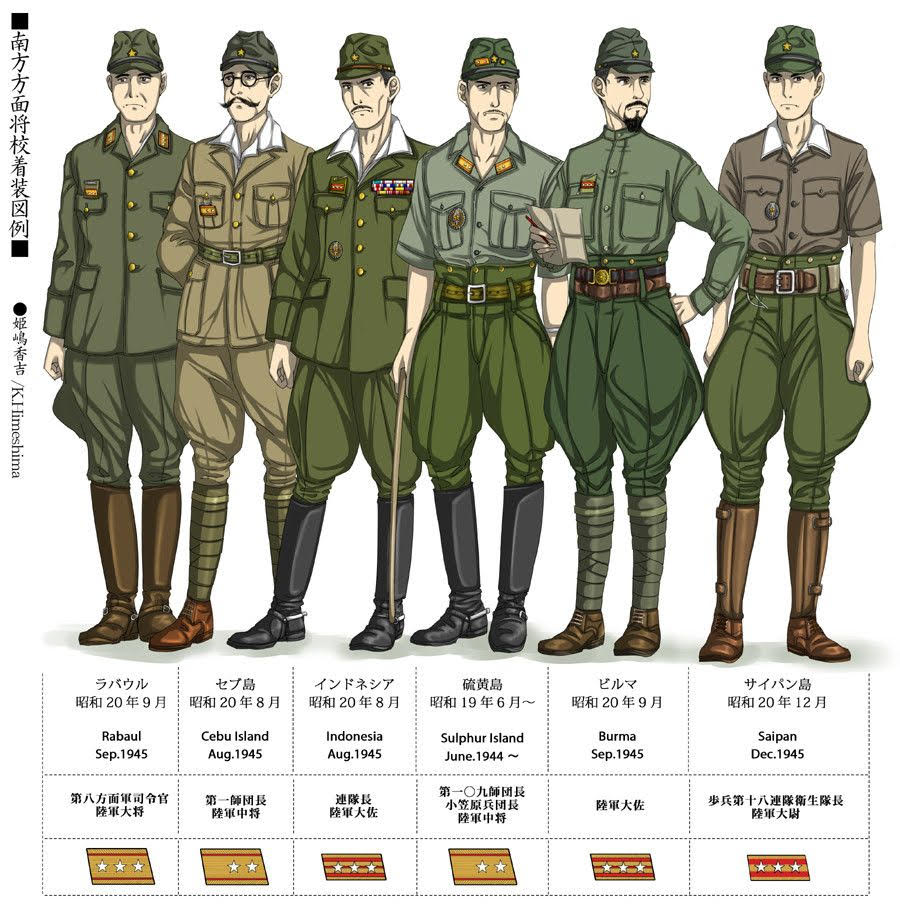 Saipan was the scene of a rather famous Banzai Charge involving thousands of Japanese Soldiers charging in a desperate counter attack. Such a setting seemed perfect for the current Bushi Kit which only had the Elite Katana as a unique item, and just a generic uniform. While making this uniform I also decided the Field Cap should be a standard item and used for the Assault and Marksman class, seeing as such a field cap is pretty common in the Imperial Japanese Army. 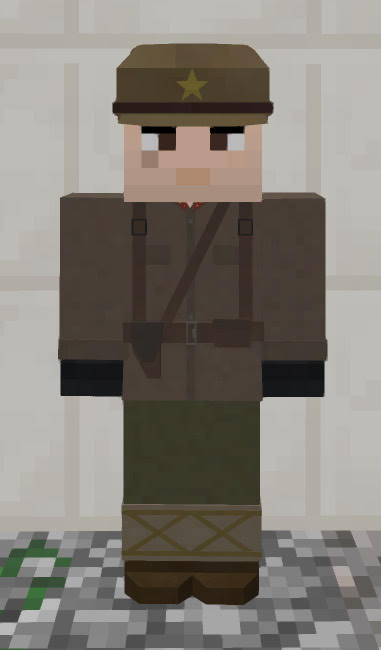 Next up we have a complete change in theaters to the European Theater. Starting with the Original Canadian Officer Kit, it worked fine until Canada was added with VERY similar uniforms being available to everyone. Such addition made the original kit uniform rather redundant and was on my mind for some time. I eventually came across this picture of a Late War Canadian Reenactor which would be my main reference for this Uniform. 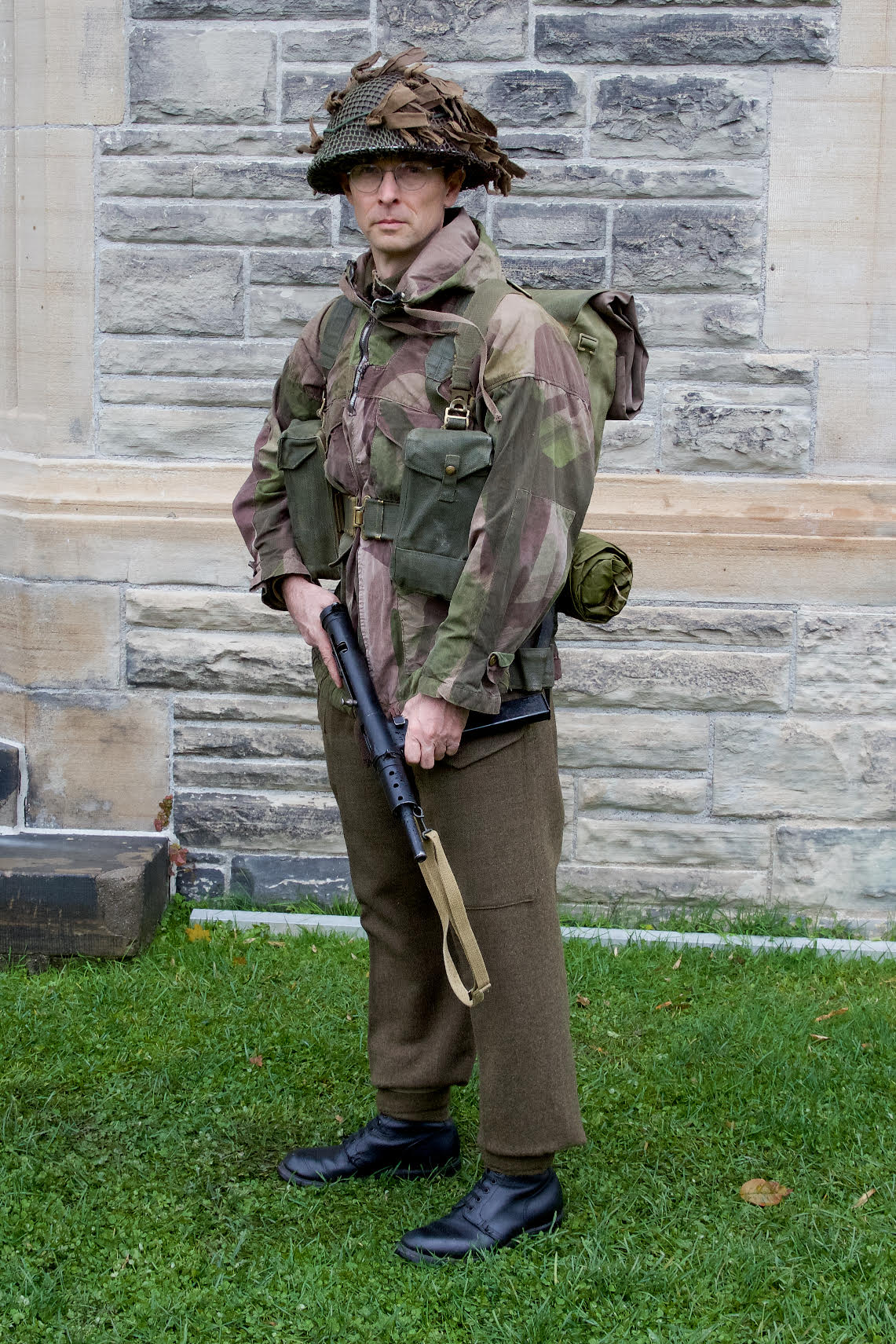 Fairly simple really. A Mark III Turtle Helmet with a Windproof Smock, basic British Gear and British trousers. Making this kit around the same time as the new Paratrooper uniforms also made me think the MK.III Turtle should become Canada's standard Helmet, replacing the MK.II now found on the British Paratrooper. Either way I like how the uniform came out overall. XD 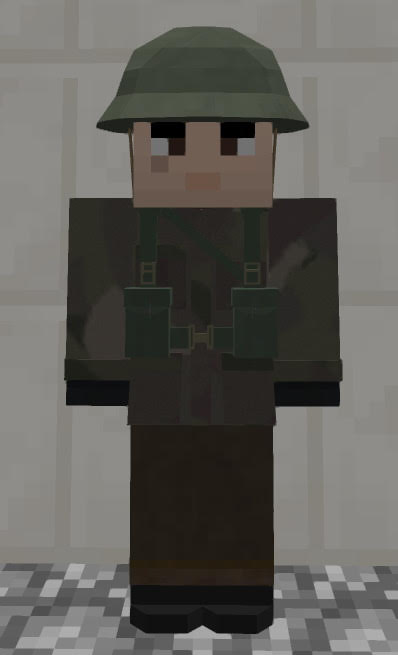 Lastly, we have the American DoughBoy from the First World War. Previously the two American WW1 Kits only had the Brodie helmet with one being a Gas Variant. It was about time they both got a proper uniform. As usual when I do WW1 Kit uniforms, I go for the most standard appearance for your average soldier. 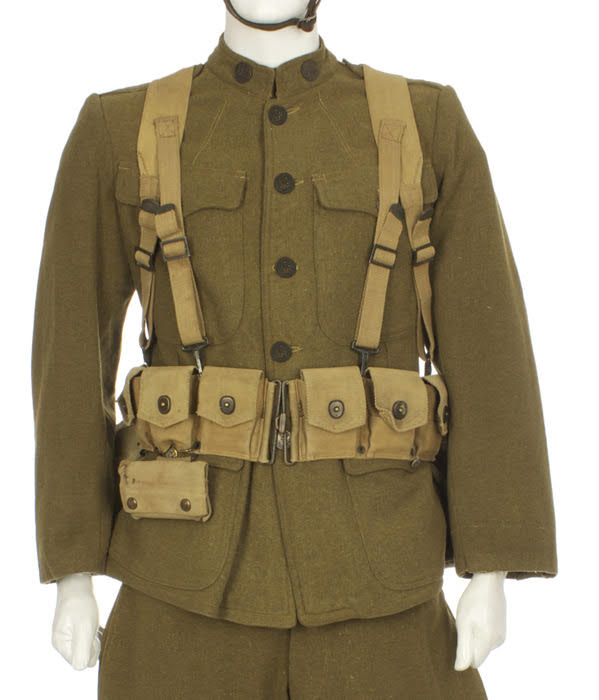 In the end though, the uniform itself was actually modeled by ConnorTheBest, all I did was some minor corrections and the texture. As such the combined efforts of two CTB Modelers was at work to make this uniform come to life: 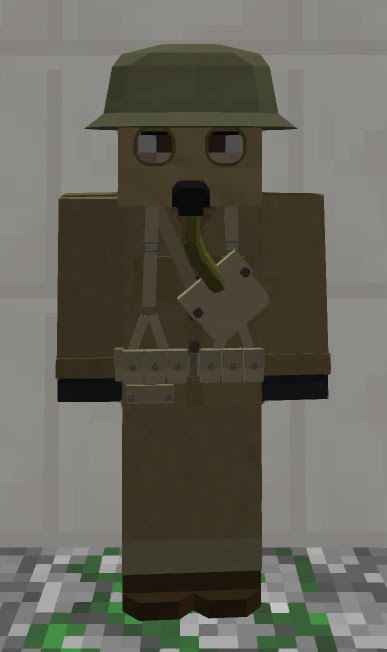 Thank you for reading! I know this blog was longer than most but I hoped it provided insight on what went into the creation of this aspect of Call to Battle. See you on the Battlefield!