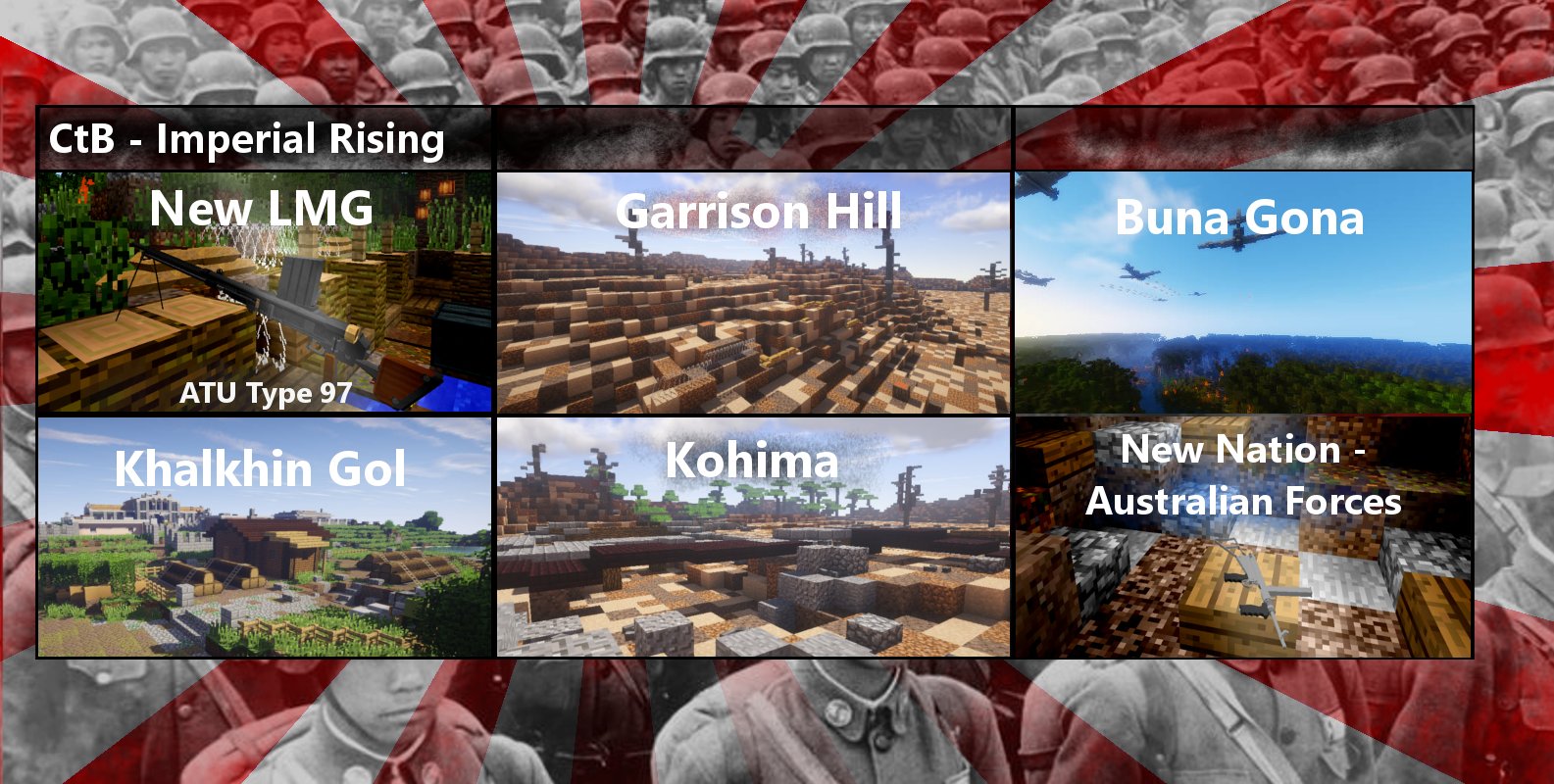 First up, we have a new weapon, the ATU Type 97 LMG, along with AngryLoyer's Map - Khalkin Gol! For the first time ever, Japan and the USSR will be facing off in CtB.

Next up, is the maps Garrison Hill and Kohima. Expect some tough fighting as the UK struggles to maintain their hold on the Nagaland. Garrison Hill was a very deadly battle for both sides.