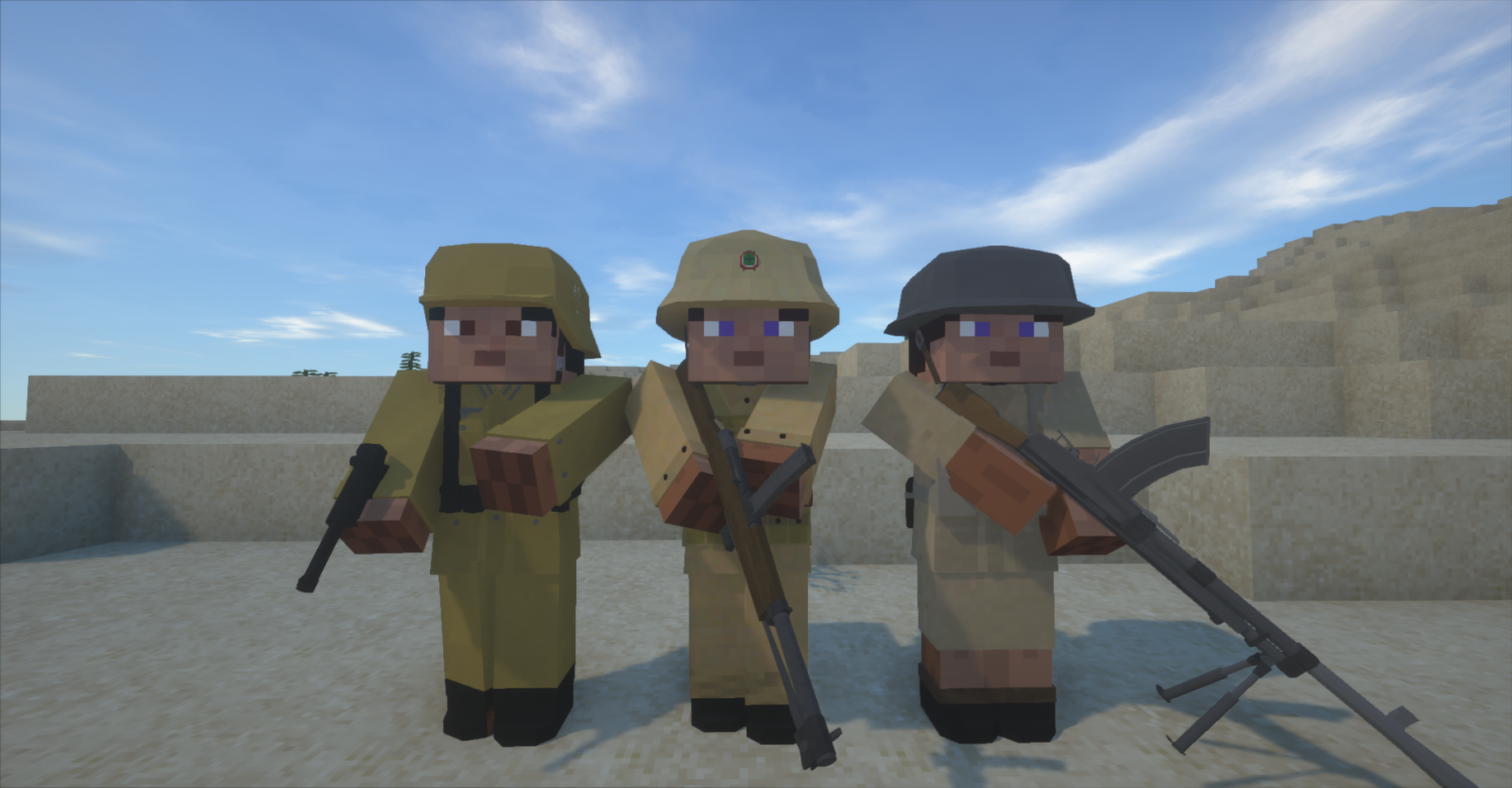 Added Desert Uniforms to the British and German Factions.

Remodeled German Uniforms with new gear so classes can be identified from behind.

Adjusted Weapon Stats:
Bolt action rifles according to their caliber