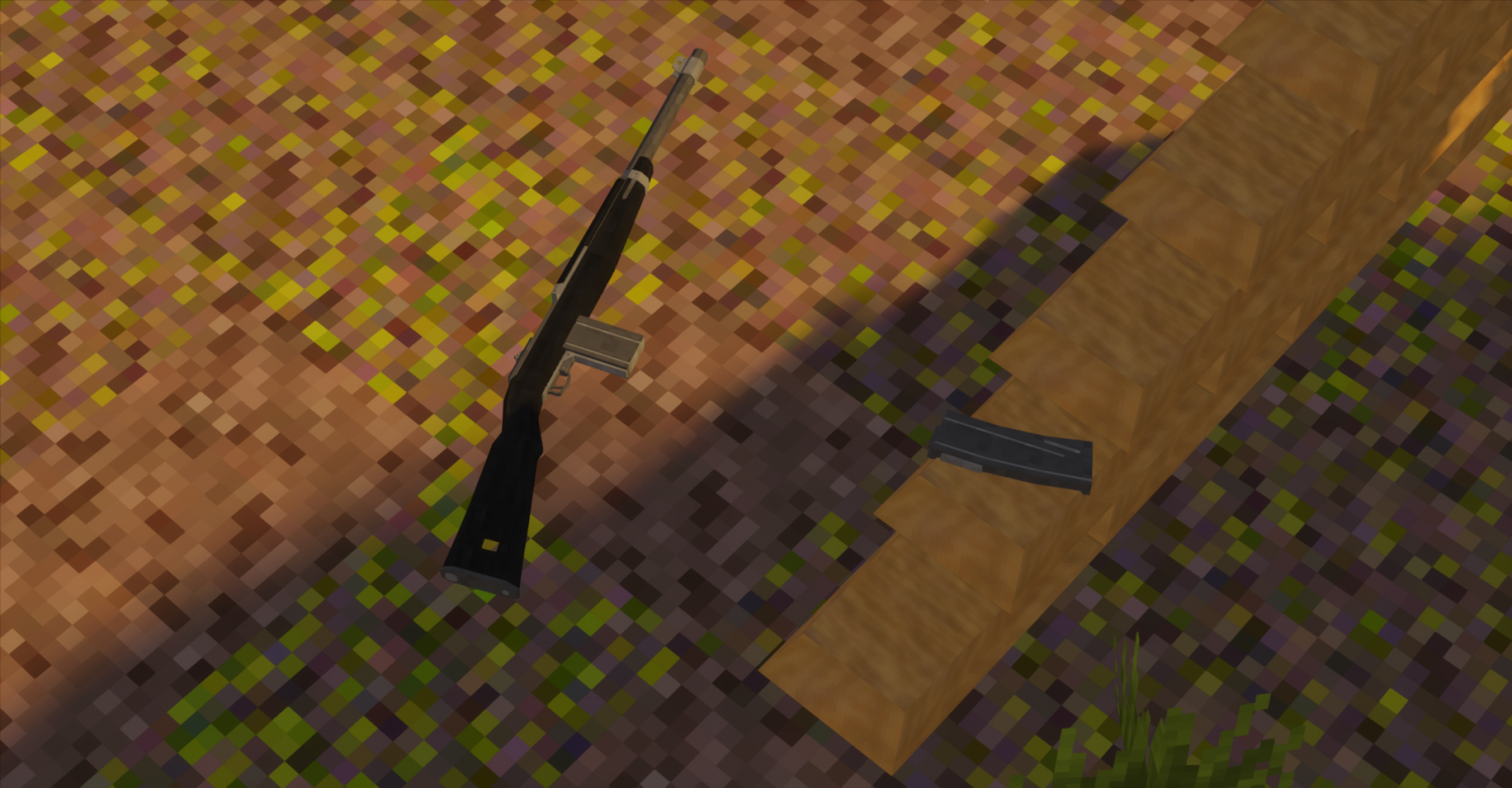 Hello everyone, we hope you are enjoying the new version 5.3 update of Call to Battle 2.

One of the biggest changes in this update was a weapon re-balance scheme that was never done for the last couple of years until now. There were few changes made in the past before but we never had a full scale rework on weapon stats and balancing. So we would like to quickly summarise the changes we made which some of you may have already noticed if you are a frequent player.

Pistols that had lower recoil value have now been nerfed with increased recoil and accompanied increase to their damage nonetheless; they do not kick as much as the colt 1911 but they still kick hard enough that double-tapping will require a decent amount of practice and skill to be used as your advantage. In real life, double-tapping pistol is not recommended as you will most likely miss your second shot even within 5 meters.

SMGs were most affected by this update.

General-Purpose SMGs such as the MP40 and type 100 are regarded as General-Purpose SMGs, but previously they were over-powered for how low recoil control was needed even at ranged targets. That is now changed with its vertical and horizontal recoil increased enough so that targets at ranges will require you to single-tap your shots or lay down 2 or 3 round burst shots to make the most out of your ammo. In exchange they have the highest damage per shot within the SMG family, but slightly less than an average Assault Rifle. Now they are most suitable during  short to medium-range combat.

Short-Range SMGs with medium fire rate such as the Sten and type 100/44 are regarded as Short-Range SMGs. Despite having a faster fire rate, these weapons also had low recoil control needed even for range. This is also patched with its vertical and horizontal recoil increased so that you are heavily required to single tap and use burst shots to drop down your ranged targets; else trying to full auto will make you waste more ammo than you would actually effectively use. In exchange, they preserve their relatively faster rate of fire and deal slightly less damage than General-Purpose SMGs. Now they are most suitable during short-range and room clearing scenarios.

CQB SMGs with the fastest fire rate in-game such as the PPSh-41 and KP31 are regarded as CQB SMGs. This one was tricky to modify, but we believe we found a perfect setting for these weapons. With their such high rate of fire, their recoil values have been increased drastically, especially the vertical recoil. High enough that these weapons are absolute killing machines when targets are close as you would be able to eliminate your foes in less than a second. However, in exchange, these guns under-perform when it comes to medium combat situations. You will miss 80% of your shots if you spray and pray for medium-range combat, scenarios like this will also require you to single-tap and do short burst shots to drop your targets. They are most suitable for any short-range and CQB scenarios including room clearing and does a better job than Short-Range SMGS.

Trench SMGs such as the Thompson Annihilator and KP31 Bunker are a subset of CQB SMGs but have been shortened to be best used for Bunker Clearing, Trench Warfare, and extreme CQB scenarios. These weapons have the same rate of fire as CQB SMGs but have slightly less vertical recoil value in exchange for horizontal recoil value than them. Meaning similar to CQB SMGs you will miss the majority of your shots if you spray and pray for medium-ranged target and are encouraged you to single-tap and use burst shots to make most out of your ammo. They are technically the best when it comes to CQB as they are specifically designed for such purpose and are great for short-range combat.

AR such as STG 44 and the Federov Avtomat have higher vertical recoil than average SMGs and require more recoil control effort to be effective. In exchange, they have higher base damage meaning they are capable of 1 headshot killing enemy within 5 blocks or less (varied by weapon). While they have higher damage, it comes with higher recoil. You will be able to drop down your targets faster than SMGs in medium-range combat but similarly, you will have to control your shots to ensure to make most out of them. Thus AR is perfect for medium-range combat but is also acceptable during short and long-range combat. Do note however in short and long-range combat they may be outcompeted by SMGs and Semi-Auto rifles respectively.

Such as the M1 carbine has slightly more vertical recoil than Assault Rifles. In exchange, they are bound to only use single-fire and have slightly more vertical recoil than them. They are suitable for medium to long-range combat and can be seen as the middle ground of Assault Rifles and Semi-Auto Rifles but it also means they may be outcompeted by these weapons at its respective combat range.

Such as the G43, M1 Garand, and the SVT-40, they now have quite high vertical recoil and its accompanied by increased base damage. These rifles have a longer range where they can do 1 headshot kill than assault rifles. Unlike it was before the update they had too low vertical recoil that spam firing them would have given you a very easy kill, and that is now fixed with the recent changes. The base damage value and vertical recoil value varies according to their ammo count and length of the rifle. Like explained above, they may outcompete Assault Rifles and Hybrid Semi-Auto rifles in long-range combat and are also suitable to be used in medium-range combat but be wary you may be outcompeted by them on the contrary. They are also acceptable for sniping but chance exist to be easily outcompeted by Bolt Action Rifles.

All bolt action rifles are able to do one headshot kill at any range. To compensate for their low ammo count and a slower rate of fire, bolt actions can also do one body shot kill within 20 to 30 blocks varied by rifles. Note that should you make one slight mistake in these scenarios, the result may be unforgiving, so make sure you don't get yourself into that position in the first place, and if you do, make sure to make your shots count. They are best at long-range and sniping situations.

We realized some of our LMGs didn't follow the LMG damage model, which is over increased range your LMG will do more damage. So that has been applied. In exchange they have fullWeight on, meaning it will slow you down a lot. They also have high vertical recoil now that in short-range you may be better off hip-firing than trying to aim. If not deployed correctly you are carrying that extra weight for nothing. So make sure to position yourself well and provide covering suppressive fire for your allies to advance.