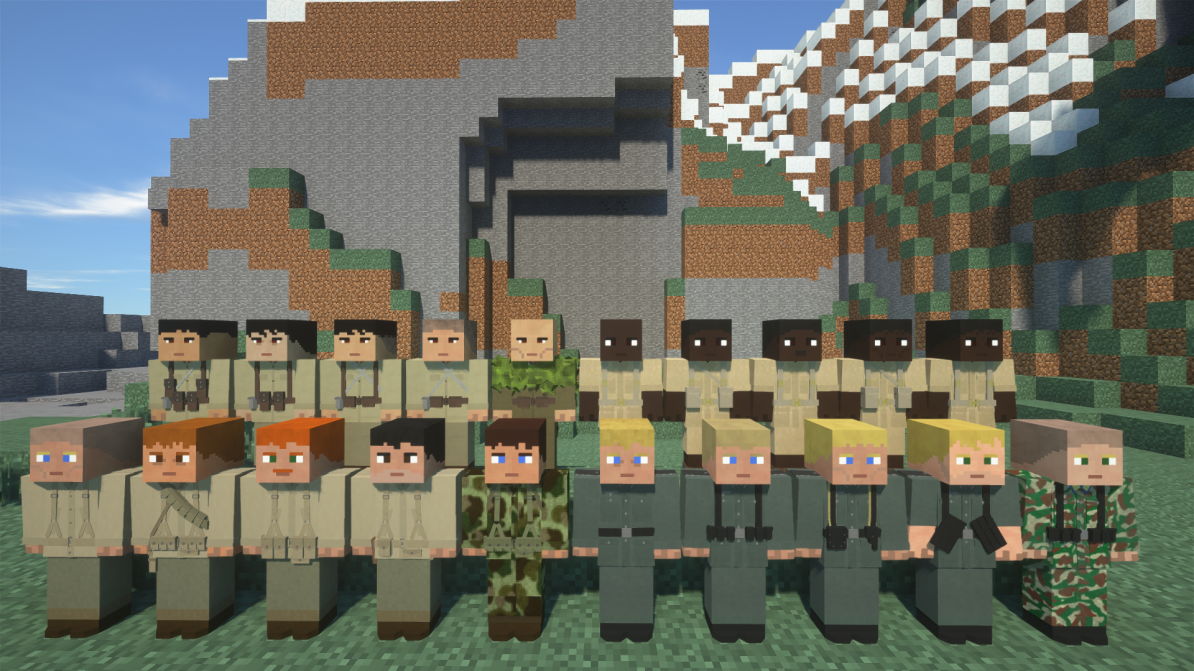 In the 5.6 update all the skins will be improved. The reason for this is the #removecloneskin that have been more and more common.
We agree that the old skins look way to similar and therefore fresan has made new improved skins with a higher resolution and a larger variation of facial features.

Some of the different features between the skins are things like moustaches, different eye colours, sleep deprived eyes and slightly different skin colours

The new skins will also do a better job at making different ethnicities look different. Before the asian skins and the european skins used to look very similar, but now the asian skins have a more yellow'ish skin tone and different eyes. We have also decided to make skins for the africans that fought during ww2. In the african maps that were added in the 5.5 update you will now have a chance to spawn as an african soldier.