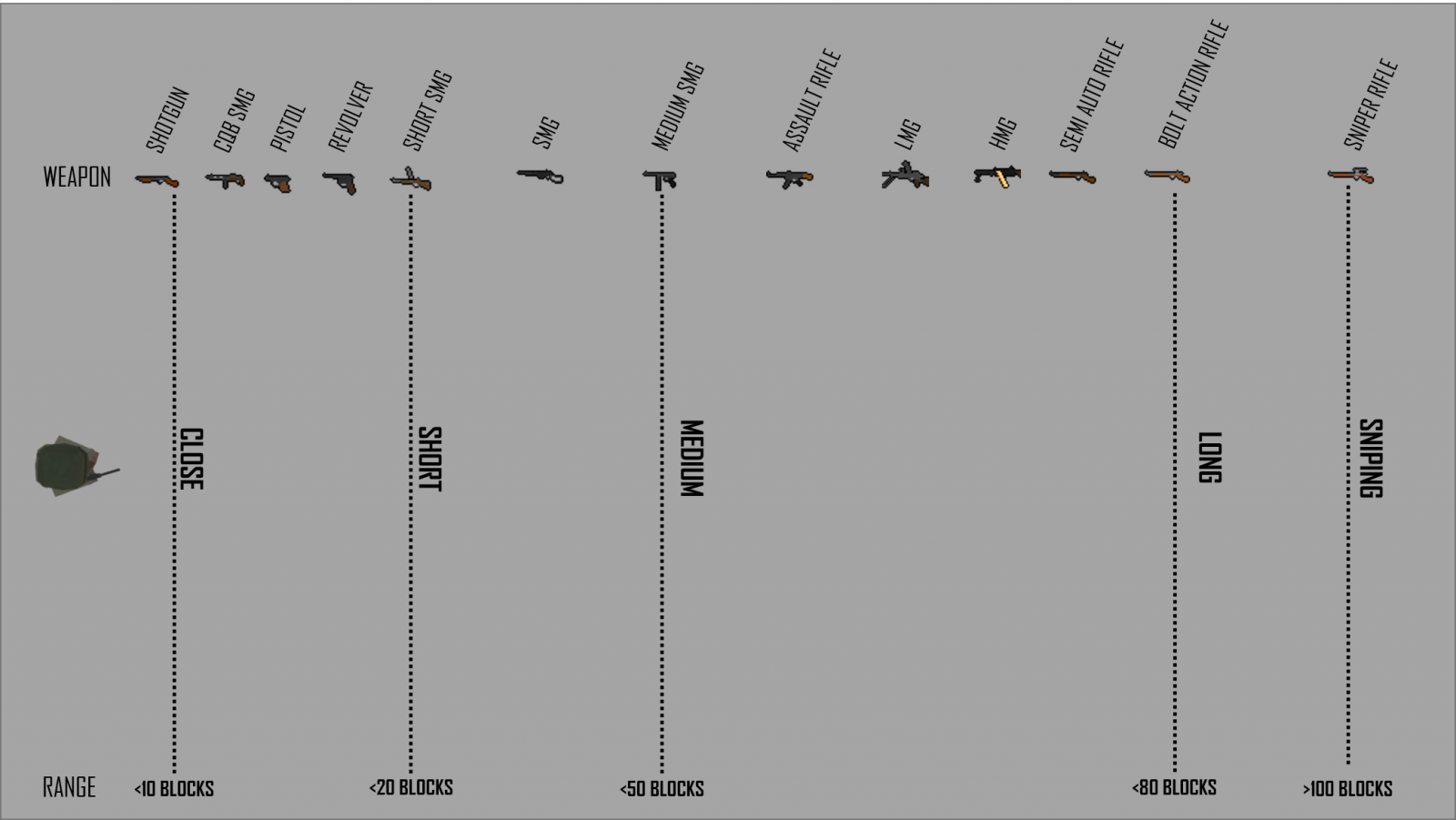 Shotguns
They are like dragon spitting flame at your opponents, shooting slug rounds that project multiple pellets where it will shred your opponent to pieces if hit accurately. Unlike in many FPS games, one common misunderstanding is that these slug rounds don't just disappear after a certain range, they are still deadly at around 80 meters. Therefore, while shotguns remain the deadliest and the most effective weapon to use in close-quarter scenarios, they are also quite effective up to 50 blocks away; of course, you are required to land an extra shot or two to completely take them down. The shorter the shotgun is such as the trench gun, the more deadly they are in close range but weaker against ranged targets. The longer the shotgun is such as the Winchester Model 1912, the harder it becomes to effectively move due to the length of your gun while still being able to pull off decent killstreaks against ranged targets. Previously all shotguns were too OP, but with this content drop, they have been rationalized to act more like shotguns do in real life.

Pistols and Revolvers
Two are common sidearms used by NCOs during the Second World War. A big difference would be how hard they hit on your target. In the new rebalance scheme, Revolvers deal more damage than your Pistols, they also have longer range allowing you to engage in medium range combat more effectively than you would with Pistols. However Revolvers have their distinctive disadvantages. They have slower rate of fire, lower ammo count, higher recoil and longer reload time. Both are still deadly is CQB scenarios, but think wisely which one servers better purpose for the fight you are about to get into: Revolvers hit hard, so if you are an accurate shot, or it's so close that accuracy doesn't matter, Revolvers will do their heavy duty. If you are more prone to missing your shots, go for a lighter caliber pistol where it is less punishing for missing your shots. They each have their pros and cons as you see, not one is better than the other, but they serve different purposes

Overall there is no such thing as "THE BEST GUN" in this game. In fact they all are "BEST" guns if used appropriately as intended, considering the scenario, positioning of yourself against your target and maneuver tactics to boost your advantage while making their disadvantages even more threatening. This has been your weapons handling course so far. Try out different guns under different scenarios, learn how and when to use them correctly, and you will dominate the battlefield. Goodluck!