Frontline is a game mode in Call to Battle where the battle lines are constantly changing, and each time you play the battle flow can be completely different! 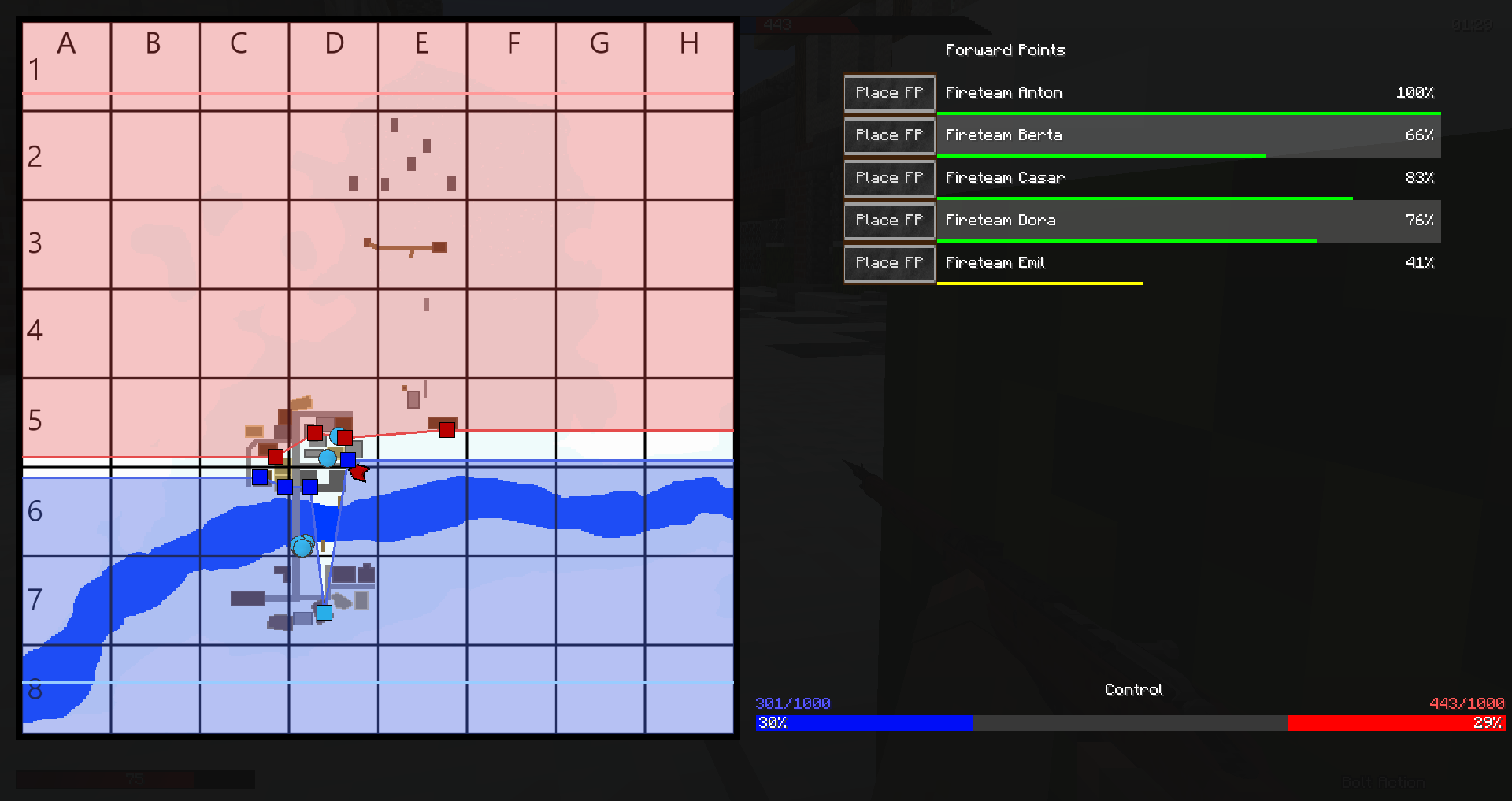 Control of the map is determined by "Forward Points"(FPs for short) which are placed by both teams. FPs also act as a mobile spawn point, however spawning is prevented if there is enemies nearby.

While anyone can place these points, you have a shorter delay before you can place one again if you are a squad leader or the forward point is for your squad. You can open the menu to place forward points by pressing the view map button, which is "O" by default.

Click "Place FP" to place a forward point. It will be placed at your current permission if there is room.

These are the main conditions:

Your team's goal is to control as much of the map as possible, so in addition to placing forward points you will also want to try and destroy the enemies forward points. You can do this with satchel charges and grenades. It takes a minimum of 2 satchel charges or 3 grenades, but can take more if they are not tossed close enough.

You can also resupply satchel charges at your forward points by pressing interact, which is "F" by default.(Or right clicking if you do not have a weapon in your hand.) Technicians are able to resupply 4 satchels, while other classes can resupply 1 satchel charge.

Summary - How to get more Control of the Map to win:

See you on the frontlines!